The Covid-19 pandemic has dramatically called into question over a decade of commercial real estate and workplace design decisions. The large, centralised office has been found wanting and left underused, as companies quickly switched their critical processes to remote working. The ongoing suitability and resilience of the large centralised office is now in doubt. Using it as your principal workplace model carries with it a number of risks that had not previously been anticipated. 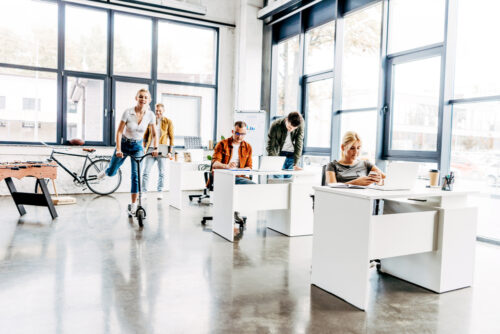 Is the Office Going to Disappear?

It’s extremely unlikely that the office building will disappear. People will still need spaces where they can come together, build relationships with their colleagues and develop their careers. The scale, size and openness of the modern office can sometimes prove detrimental to those relationships. People need space in order to distance themselves if good working relationships are to be maintained. Even before the pandemic struck, there were some doubts about the long-term suitability of the large open plan office where personal space was compromised.

If we want to sustain our working relationships and perform at our best, we need to revisit some of the dominant assumptions of the past few years. 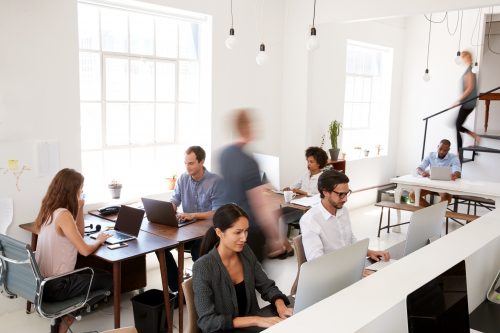 An emerging model for the company office is the idea of distributed nodes, or centres across a city or geographical area. Rather than one central office, there would be several smaller units in different locations, but easily accessible. This is a different idea to the old Head and Branch office model, in that all of the centres act as limbs that make up the whole.

It’s argued that by distributing workers throughout the city or region into smaller workspaces, it gives them the chance to collaborate more with colleagues who live in close proximity.

This distributed model builds greater resilience into the system. Should there be power outages, infrastructure issues, or we face another public health crisis, these smaller distributed spaces will mean there’s less chance of the whole company operation being taken out. 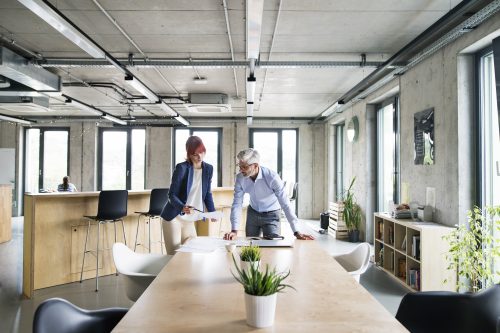 As has already happened in the hospitality industry, distributed workspaces can become multi-use. City hotels now frequently combine traditional accommodation, with coffee shops and workspaces including modern office technology. A multi-centre office could offer something similar, with facilities available for co-working and start-ups within the building. This can help to foster a new creative synergy between different companies and individuals.

Whereas the large office often appeared like something of a company fortress, where established ways of doing things pertained, the new distributed workspaces could become much more open and inventive. They could also play a part in reviving neighbourhoods. Why shouldn’t an office make space available for a coffee shop, that could be run by a local entrepreneur which services both the staff and people who live locally? 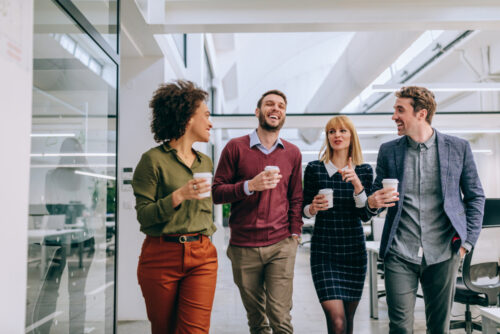 Increasingly, people will be moving from remote work to office-based work or blending the two ways of working. Our working lives will also see periods of traditional employment, freelancing and times when we combine a range of contract models.

The future of work and the workplace is flexible, involves less travel and embraces creativity. This not only makes for a better work/life balance, but it also makes smart business sense. Distributed, flexible workplaces are much more resilient and forward-thinking companies are now starting to explore this concept seriously.

Do you need to find a new way of working? Speak to the expert team at Flow Office design Birmingham today. 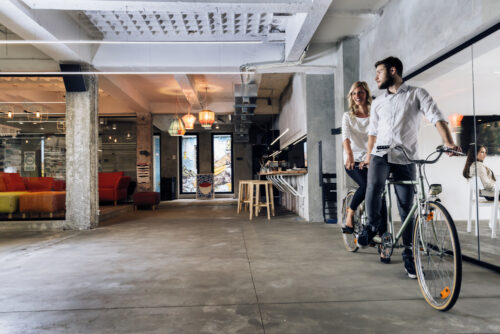 Posted by: Sophie Eastwood on 8th February 2021 @ 12:06 pm
Calls may be monitored for training and marketing purposes
+