Scroll down for images and testimonials…

Orbit Services is a Yorkshire company that specialises in helping people manage their bills. Although they originally specialised in water bill payments, working with many of the country’s largest water companies and organising customised payment plans for thousands of customers, in recent years they have also expanded their remit, working with other utility companies, local government, housing associations and finance houses. This gradual expansion created the need for a complete overhaul of their physical space.

Orbit’s main requirement was to create more space for an ever-increasing call centre team. Consequently, they needed to more than double their existing office space and did this by taking on another floor in their building. Flow’s brief therefore, was to open up all of the existing offices and create an open-plan floor space for 60 staff with managers’ offices around the perimeter, a training room and kitchen/canteen area. It needed to be light, bright and contemporary, as well as seamlessly incorporating their two brands.

The main difficulties we faced arose because the building in question is an old brewery — actually over a hundred years old — with no straight walls and dozens of internal pillars, the placement of which follows no discernible pattern. Add to this a range of stud-walled offices, many with their own internal pillars, and you have a very haphazard space which makes measuring and ordering the space extremely difficult.

Despite these challenges, Flow was able to create the new office design, producing scaled plans which were then passed on to Orbit’s contractor so that they could carry out the refurbishment quickly and smoothly. Once the refurb was done, Flow then provided and installed all the office furniture. As the office walls were mostly exposed brick, we chose white furniture in order to brighten the space. We also subtly incorporated the purple and teal of their two main brands in the open plan office and training room respectively.

The entire project was completed within six weeks and Orbit were so pleased with the results that they have already commissioned Flow to start designing their next venture. This will be an even bigger job, a collaborative call centre in Shropshire that needs to house staff of 120 people expanding to 240 within 12 months. 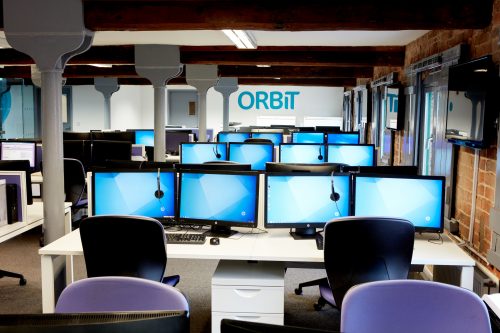 The Client Orbit Services is a Yorkshire company that specialises in helping people manage their bills. Although they originally specialised in water bill

Lee at Flow listened to our requirements and understood our style and what we were trying to achieve. This was reflected in his designs, which were then implemented perfectly. We're really looking forward to working with Lee and the team at Flow on our next project." 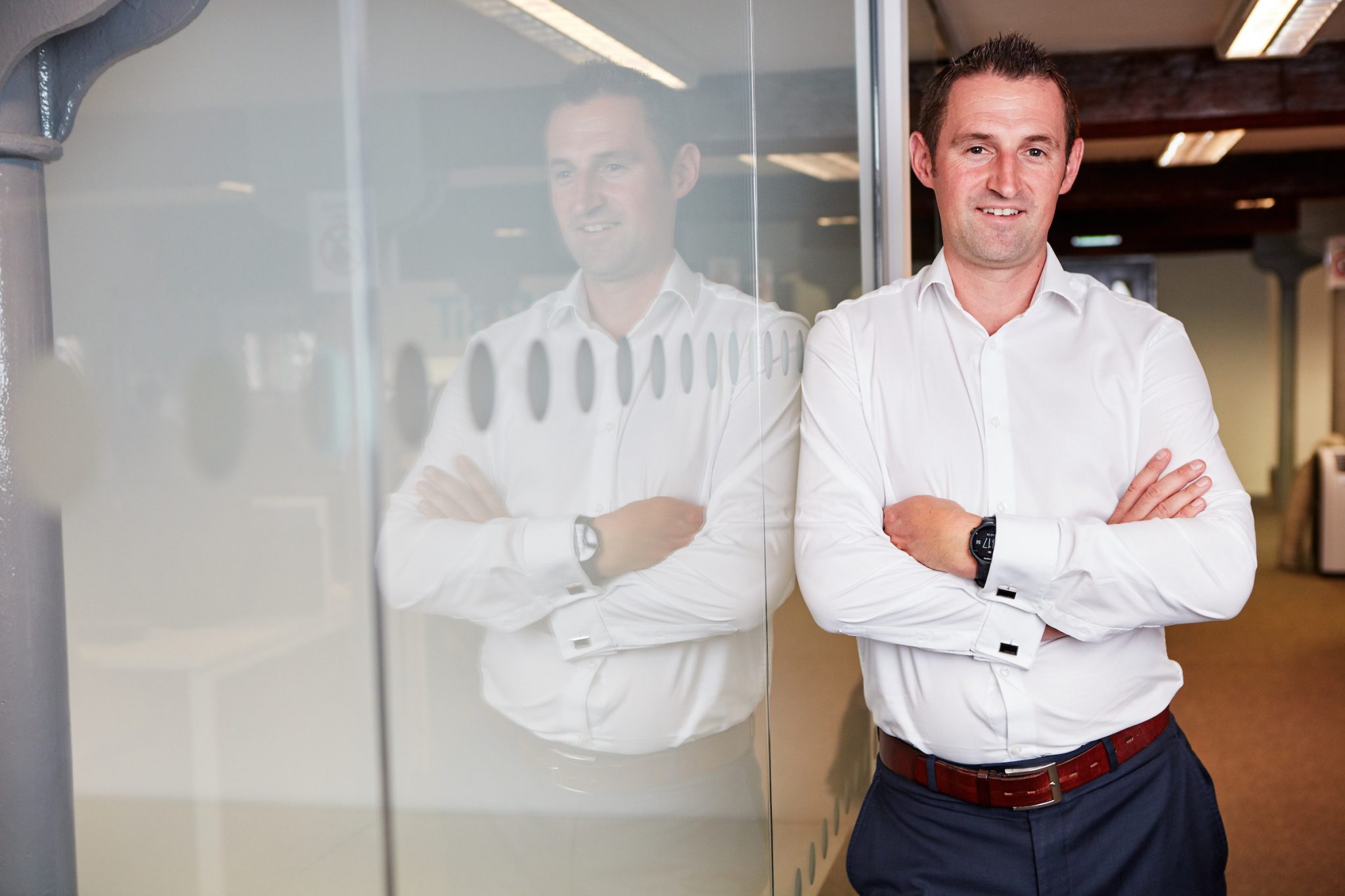 Calls may be monitored for training and marketing purposes
+